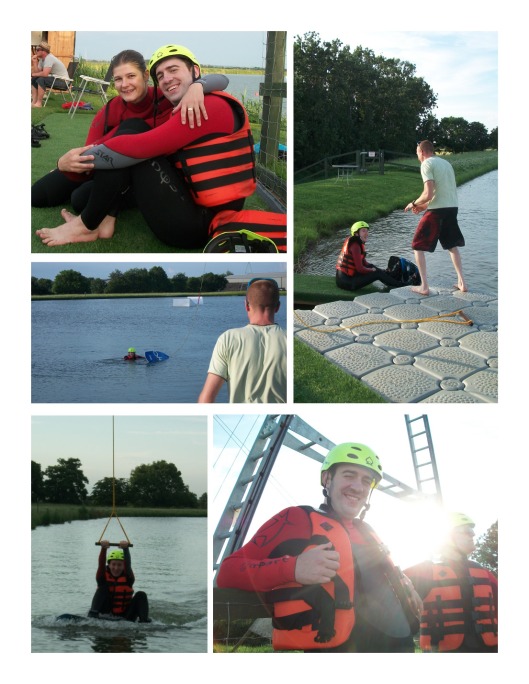 I’ve written before about ridiculous ways to get exercise – including trapezing, circus school, and trampolining (which I still really want to do!) – but I stumbled on a new method a few weeks ago, when Ian and some friends and I trooped to a pond in the middle of a cornfield to take a wakeboarding lesson.  Ian and I had an advantage, because we’d been waterskiing before – in fact, while everyone surpassed me in the end, I struggled at first because they were going too slowly.

The setup was pretty hilarious – we drove a couple miles on dirt roads, then ended up at a series on shipping containers neatly arranged in front of two giant pools (see photo above for sense of scale).  The employees lowered us into the water and gave us a handle to hold; the handle was attached to an overhead wire that ran the length of the pond.  We barely got as far as turning around, but it was a hilarious way to spend an afternoon, and Ian and I were both naturals, which was good for our self-esteem.